180,000 people attended EXIT Festival in Serbia between 8th and 11th July, marking Europe's biggest event since the start of the coronavirus pandemic and the continent's first major festival of the summer.

Monstercat wonderboy Gammer joined Point Blank to breakdown his epic club track, ‘Out With The Old’. The “spiritual follow-up” to his previous hit, ‘The Drop’, ‘Out With The Old’ continues to embrace the producer and DJ’s trance roots and packs one hell of a punch. Crammed with euphoric strings, heavy-weight bass lines, screeching melodies and more, it’s everything you could want from a Gammer track. ‘Out With The Old’ is available now via DJ Snake’s new Premiere Classe imprint and continues the producer’s winning streak.

Laroc and Ame, two of Brazil's leading clubs, have announced a new three-day festival for 2019 with Seth Troxler and Dubfire among the headliners.

Carnaval will take over the neighbouring venues, one hour's drive out of São Paulo, from 2nd - 4th March, with 30 DJs set to be involved in total. DJ Snake, Camelphat, Alan Walker, Diplo and Hot Since 82 are already confirmed for the event's debut edition.

Ultra Singapore has locked trance giants Above & Beyond, big room big guns like DJ Snake, Afrojack and Steve Angello, and techno heads such as Loco Dice and Nastia for the two-day festival, which runs on 15th and 16th June.

The event, which is held in the fittingly-named Ultra Park, also boasts Fedde Le Grand, Nervo, Illenium, Nicky Romero and Coyu. 2018 marks its third edition, and will see the talent on offer spread across four main rigs— Mainstage, Resistance, Worldwide and Ultra Angels.

More than 60 French DJ-producers and electronic music artists were nominated across 16 categories to give an overview of the French electronic scene, which has never been so relevant.

The results – which landed last week – were dominated by 18 year-old Petit Biscuit, who scooped three awards.

Looptopia, Taiwan’s first and largest home-grown EDM festival, has confirmed Axwell Λ Ingrosso, DJ Snake, Yellow Claw and Jauz, among others, for its 2018 line-up. The festival has also locked in other big names in EDM, dubstep and trance like Markus Schulz, Ferry Corsten, Excision, Ghastly and more, as well as local DJs and artists from across the burgeoning Asian EDM market including RayRay, DJ Karlie, DJ Ghost, Miss Ann and others. This year marks the festival’s second instalment following its debut in 2017. 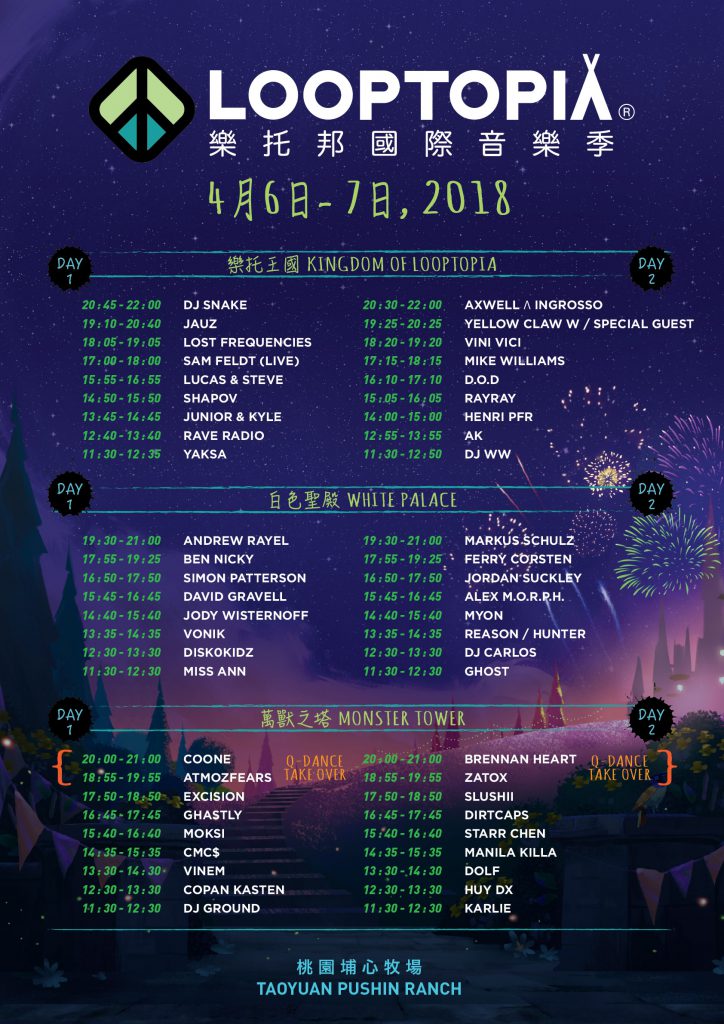 Whilst most EDM DJs and producers are portrayed as aloof egotists, French star DJ Snake has decided to use his considerable audience to raise awareness for the plight of Rohingya refugees who've been forced to flee from their homes at the hand of the Myanmar government.

Martin Garrix’s STMPD RCRDS has left the EDM world guessing after posting a teaser for a new release on Instagram, with very little by way of information regarding what the track or project actually is.

The clip appeared yesterday (7th November), and lasts for just 14-seconds. That's long enough to garner plenty of attention, though, with the biggest questions being asked about the script in the centre of the frame.

Musically, the sounds clearly reference Asia, and specifically India, with several comments suggesting the text is actually Hindi for 'sapera', or 'charmer'.

DJ Snake has surprised released a new track alongside Max Frost and it's almost certainly not what you're expecting.

It's not what you might expect from a DJ who usually caters for huge festivals stages, but it does show off Snake's versatility in spades as he combines r&b vocals over a thrumming disco bassline.

More than six months on from Miami’s Ultra Music Festival, the American-based mega-fest has finally dropped its aftermovie.

The 15-minute film, put together by Final Kid, features tracks from Joyryde, Friend Within, Camelphat and Axwell & Ingrosso, as well as Martin Garrix's summer smash 'Pizza'.