The full line-up for this year's Hospitality in the Woods festival has been announced.

Serving as a brand new festival for 2021, London drum & bass staples Hospitality have announced its in the Woods festival, heading to Beckenham Place Park later this year.

Taking place across the weekend of the 18th and 19th of September, subject to government resrictions, the festival is part of Hospital Records’ 25TH anniversary celebrations, and has recruited a host of regulars and new faces to mark the occasion.

On Saturday 18th September, Hospitality, alongside Let It Roll, Royal Rumble, Calibre Presents and Rupture will host five epic stages, with performances coming from the likes of S.P.Y, Bad Company, Etherwood, A.M.C, My Nu Leng, DJ Zinc and King Of The Rollers with Inja. There'll also be sets from Calibre, DJ Marky and Sicaria Sound, as well as Dillinja, DJ Storm, Krust, and Decibella.

Moving on to Sunday 19th, Netsky, Camo & Krooked, Flava D, Black Sun Empire and Noisia will front the Hospitality and Let It Roll stages, before Hype, Hazard, Serum, Halogenix, SHERELLE and Bladerunner all step up on the festival's final day.

Tickets are on sale now, with day tickets available to secure for £45.60 with a £10 deposit, and weekend tickets for £79.80 with an £18 deposit. You can purchase tickets here.

You can watch the trailer, and check out the full line-up for the festival, below.

In the mean time, check out DJ Mag's Selections feature with Rupture's Double O and Mantra, as well as DJ Mag's UK cover feature with the inspiring SHERELLE. 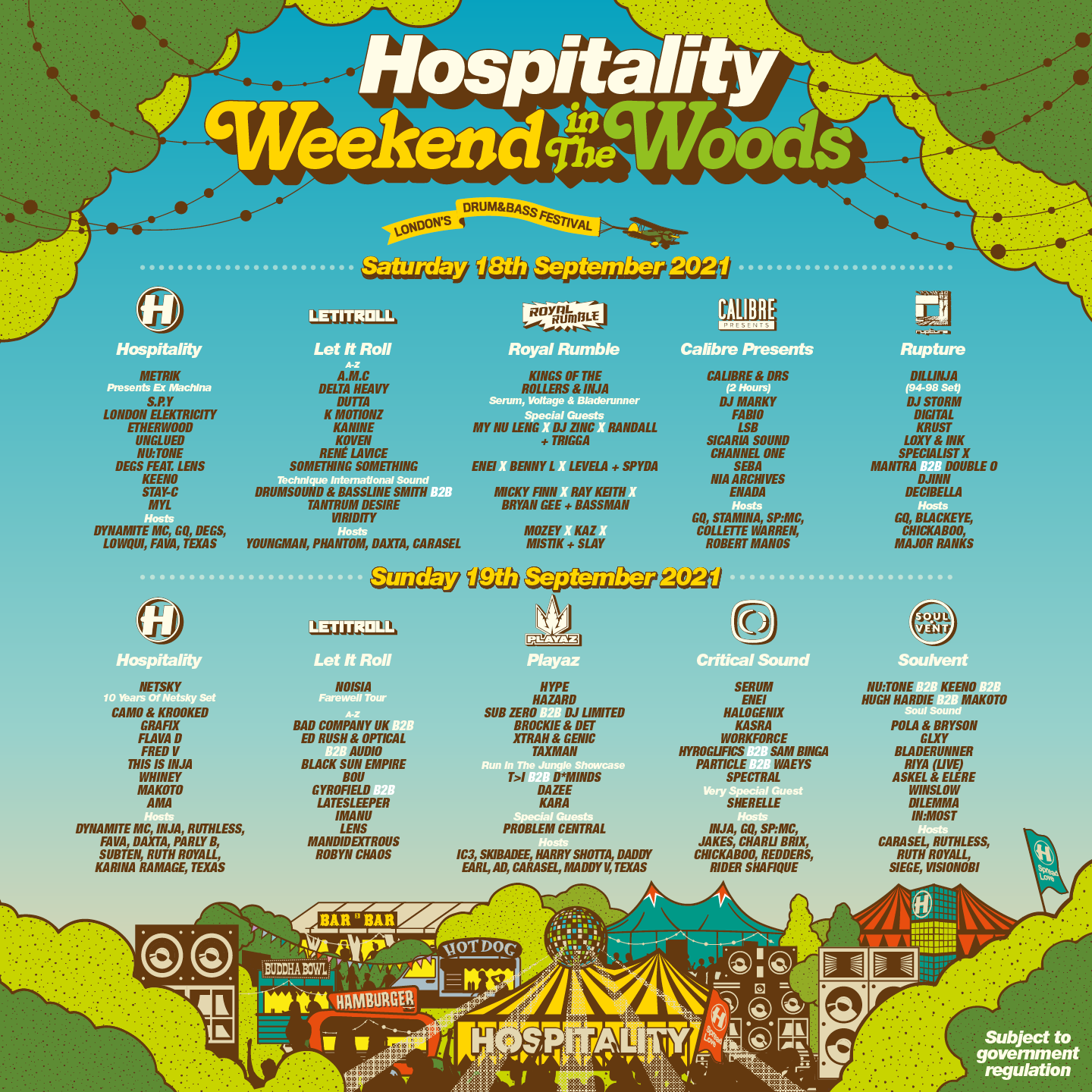