SHERELLE has announced a fabric presents compilation and mix.

Following on from the most recent mix in the series from Overmono, SHERELLE's compilation is a "breakneck exploration of all things footwork, jungle and bass: a high-tempo ride uniting the past, present and future of dance music", and features music from the late DJ Rashad, RP Boo, AceMo, LCY, Kush Jones and Tim Reaper, as well as a brand new track from SHERELLE.

Speaking about the compilation, SHERELLE said: “It's a dream to have been asked to create a fabric compilation. It's the first place I went to when I was 18. It was the first mix series that captured my heart when listening to Caspa and Rusko FABRICLIVE. I had it on repeat for months on end and it's what led me to the club four years later. It's a serious honour to be a part of the lineage of fabric."

To celebrate the launch of the compilation, SHERELLE is headlining and co-curating a launch at London's fabric on 5th November, the night is set to be a celebration of "footwork, jungle, bass and all things highspeed" with a line-up featuring Micky Finn, Krust (Live), Luke Vibbert, Kessler and many more, alongside a very special guest. 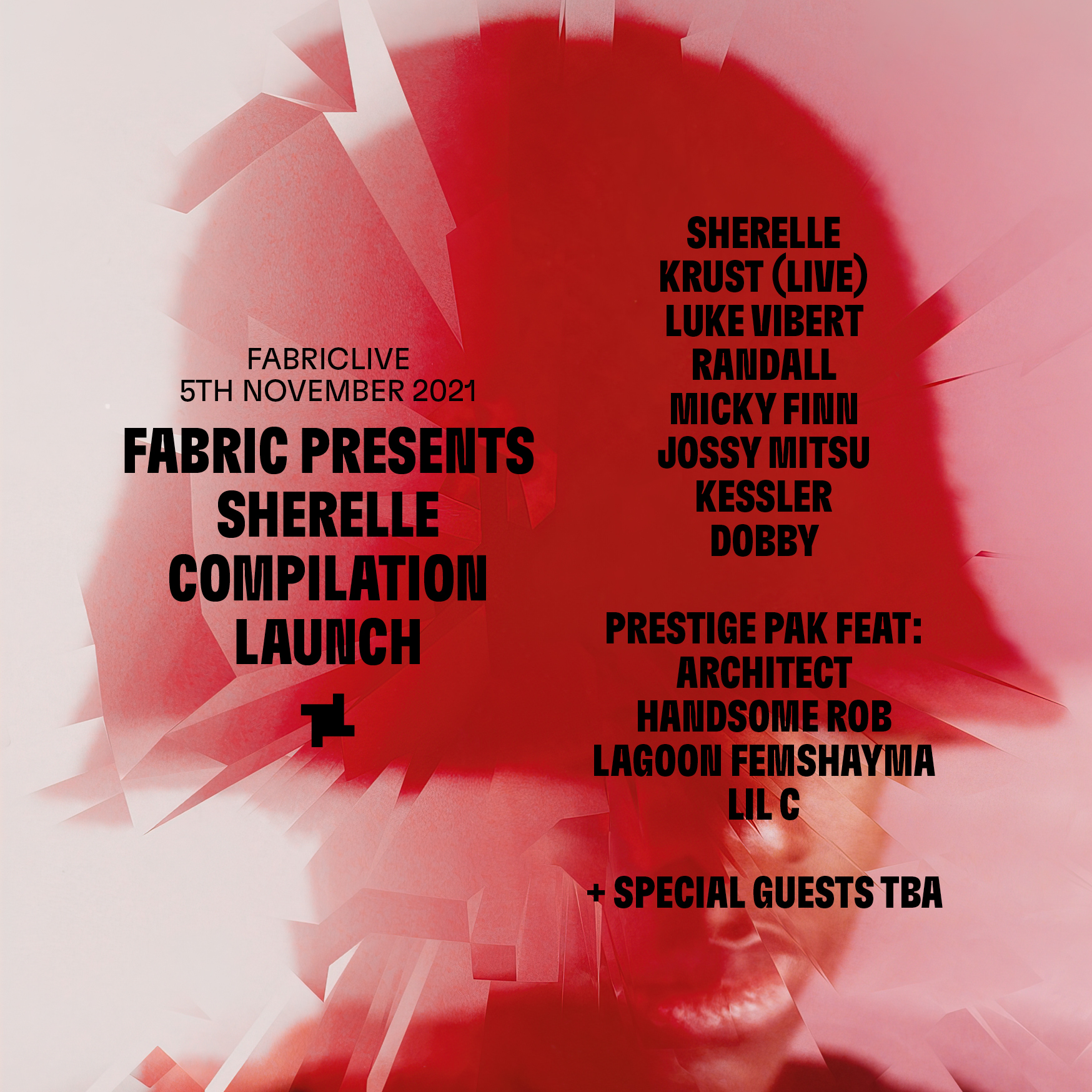 SHERELLE is the most exciting young DJ in the UK. Championing a ferocious fusion of jungle and footwork, she brings together artists from either side of the Atlantic via her DJ sets and shows on BBC Radio 1 and Reprezent. As a gay Black woman at the top of the game, she’s become an inspiring figure for communities often marginalised in the scene. After a year of downtime to reset and plan, Ben Hindle met with SHERELLE for her DJ Mag cover feature in North-East London, to find out why she’s more ready than ever to be a force for change.