The full line-up for Love International festival has been announced.

Returning to The Garden Tisno on Croatia's Adriatic coast for its fifth year, Love International will run from the 15th - 21st July 2020, and take place across the main festival area – The Beach Stage, The Garden Stage, Olive Grove, The Sunrise Sessions and the Terrace.

Among the acts to be confirmed for the festival are Objekt and Call Super, who'll play B2B, as well as Elena Colombi and CC:Disco. There will also be more back-to-back performances from the previously announced Antal, Hunee, and Palms Trax, as well as T4TLUVNRG founders Eris Drew and Octo Octa. Shanti Celeste, Saoirse, Moxie and Peach will also play a mammoth B2B2B2B.

Check out the full line-up below and find out more about tickets here. 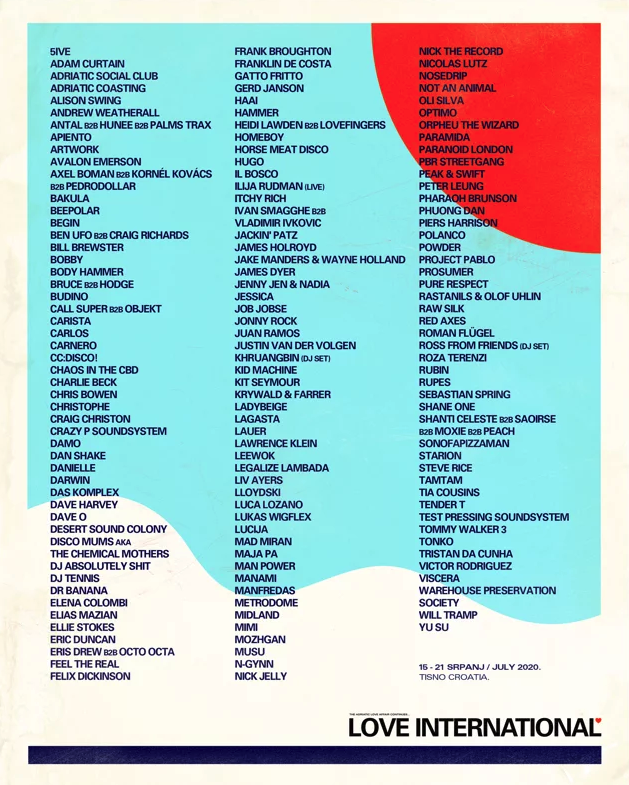