Movement Detroit has shared the set times for 2019's festival, which runs 25th - 27th May at Hart Plaza.

Highlights are set to include Orbital live, Luke Slater, Steve Bicknell and Function as LSD, LA hero John Tejada getting sexy with vocalist Reggie Watts and a Pyramid stage slot for Virgil Abloh.

Discwoman's Umfang and Volvox are also ones for the diary— respectively Saturday and Sunday— with the latter playing the same rig as European techno don Oscar Mulero. Sunday also sees Sebastian Mullaert's Circle of Live arrive, featuring Amp Fiddler and Mathew Johnson. Check our preview from this year's London show for the lowdown on what to expect.

As ever, there's a strong list of homegrown heads to catch, too. Kenny Larkin live and Stacey Pullen shouldn't be missed on Saturday's Detroit stage, not to mention two local house heroes who are often criminally unsung outside Michigan but hugely respected by those who know— Al Ester b2b Earl 'Mixxin' McKinney. A fine way to start any day.

Those searching for breakneck ghetto-tek, meanwhile, should make a beeline for DJ Godfather the following evening. Add to all that a Monday featuring celebrated producer-MC Madlib, DJ Nobu, a Detroit Techno Militia 2x4, Ciel— no stranger to our pages— and Yaeji, who finishes the Ghostly International programme and made the Forbes 30 under 30 music list this year, not to mention those infamous after parties, and you've got a solid weekend.

Check the full timetable below if you don't believe us. 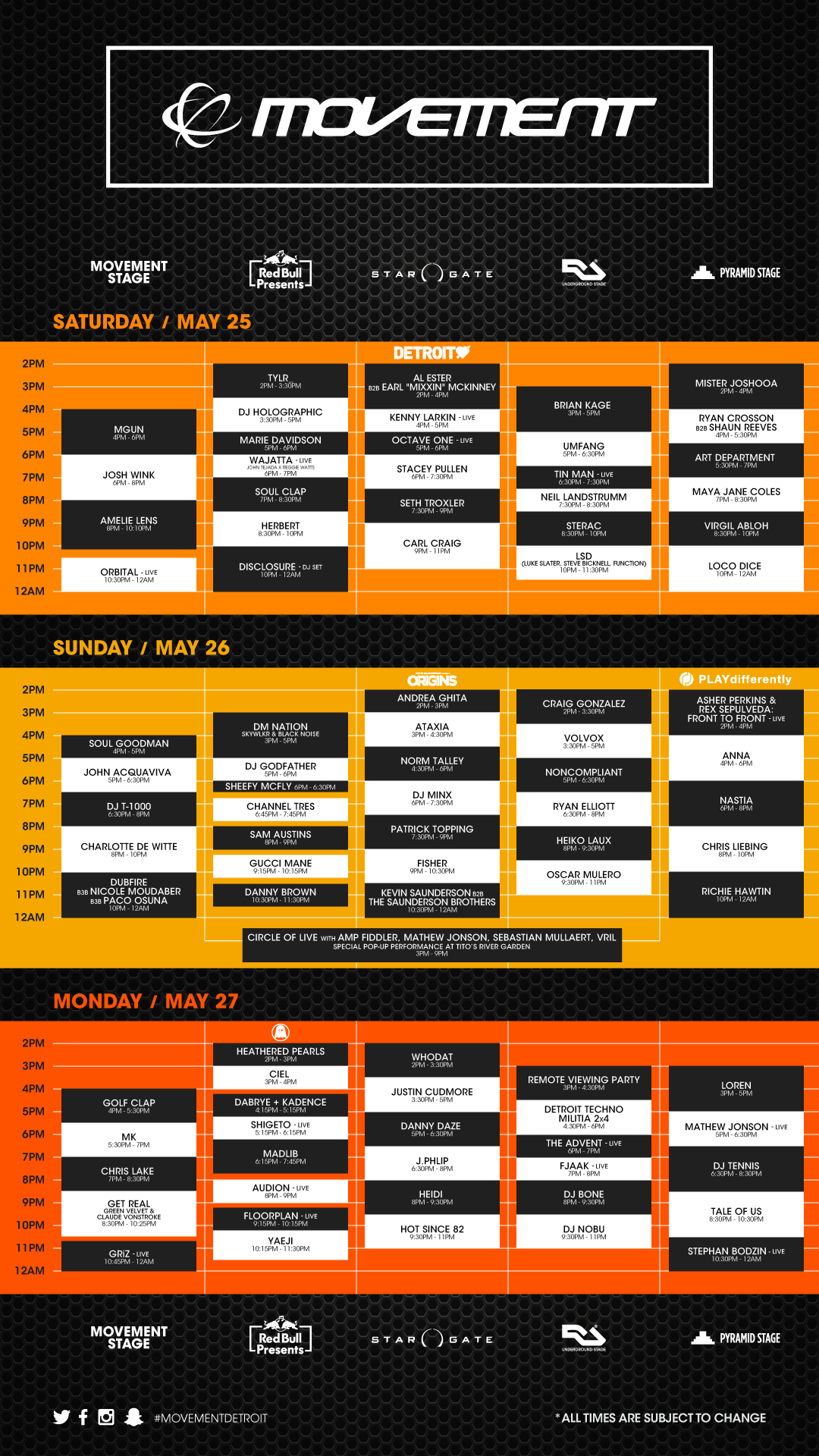